The following section provides useful information on the best practices to prepare your code, have a successful migration, and things to avoid in a .NET migration.

Tips to have a successful migration

Companies still using Visual Basic 6.0 for application development are faced with the challenge of moving away from a platform that, as of March, 2008, is no longer supported by Microsoft. One option that is available to those companies is to use automated migration technologies to help migrate these application to Microsoft's .NET Platform (Framework or Core). Migrating from VB6 to .NET allows companies to leverage the investment in the current application, while moving into a fully-supported and updated development environment.

There are several tools in the market that can help with the VB6 to .NET migration process. Most companies offer a black box approach with a runtime that requires a customer to pay an ongoing maintenance fee. Companies like Mobilize.Net offer the Visual Basic Upgrade Companion with a proven record of successful migration projects.

In the following sections, we present eight recommendations that you should take into account when planning a Visual Basic 6.0 migration. These VB6 to .NET migration tips are based on Mobilize.Net's experience gained over decades of migrating large projects.

Mobilize.Net has developed a very mature project methodology that allows for a predictable, controlled migration process. This is achieved by dividing the application upgrade into two main phases:

With this methodology, the migration project is divided into several process groups:

Tip #1: Perform Pre-Migration Tasks to Improve the Quality of the Migrated Code

A VB6 to .NET migration project requires a plan for some pre-migration work. In this first part of the project it is essential to perform certain activities to improve the quality of the code that will be generated during the automated migration. There are two types of pre-migration tasks that involve changes to the Visual Basic 6.0 code base: Code Cleanup and Code Preparation.

The Code Cleanup activity is an opportunity to perform maintenance tasks on the code that are usually put off during the regular development cycle. This includes removing code that is no longer used, removing redundant functions or methods, and some basic code and project restructuring.

For the Code Preparation activity, the developers should modify the application's code to improve the quality of the generated code. There are tools out there that can help you identify code in the application that will not convert cleanly. Some issues are easier to fix in Visual Basic 6.0 than in .NET, such as the Use of #if and Non-Zero based arrays, so you should take care of them regardless of the migration solution you are using.

Tip #2: Establish a Migration Order Based on Interdependencies and Business Needs

VB6 to .NET migration projects, depending on the company's needs, can be structured in several ways. The two most common ways of establishing this order are to use either a Top-Down or Bottom-Up Visual Basic 6.0 to .NET migration.

Top-Down VB6 to .NET migrations starting with the Visual Basic 6.0 projects (*.vbp) you want and then working your way down to the migration issues, are recommended if:

Bottoms-Up VB6 to .NET migrations implies that you will first fix the upgrade issues in the generated code, and then start moving upwards until you have fully functional projects. The downside of this is that you need to have at least all the migration and compilation issues solved before you can start testing the application. As for the work distribution between the developers that will be assigned to the project, it can also be done in several ways, each with its advantages and disadvantages:

Even though this is a very generic statement, there are a couple of things that can be done in a Visual Basic 6.0 to .NET migration project in order to mitigate risks. First of all, it is recommended that you convert a small, representative module (using a Top-Down approach) before starting the whole VB6 to .NET migration. This is useful in diminishing threats associated with:

Also, something from Mobilize.Net's experience that has been key in performing successful upgrades is to migrate to functional equivalence first, and then start making changes to leverage the functionality of the new platform. This will be further expanded in Tip #5: Migrate to Functional Equivalence, then Re-Architect.

Migration projects are more QA-intensive than other types of software development efforts. You should allocate AT LEAST 35% of the total effort of the project to testing activities, though the ideal is to assign around 50% of the time for these tasks.

As for planning the testing, you should use a set of test cases as an objective validation for the migration process. The quality assurance team should make sure that these test cases execute correctly in the Visual Basic 6.0 application before running them on the migrated version. This should be done in parallel by the testing team with the first development activities of the project. This point is covered with more detail in Tip #6: Identify a Test Harness to Validate Functional Equivalence.

Making the decision to migrate an application means that there is significant value in the business rules and the logic embedded in it. The business may depend on these very specialized rules, so it is imperative to leverage the current investment by moving them forward. This is something very important to keep in mind during the migration project.

It is always tempting, especially for developers, to use the migration as an opportunity to rewrite parts of the applications that could work in a better way. On paper this sounds like the ideal time to do this, but in reality, it is something that should be avoided as much as possible. Mobilize.Net's experience shows that doing a straightforward port to reach functional equivalence is a measurable, easy way to control the process. Adding additional technical complexity to the project by rewriting a large part of the application adds uncertainty, and can cause the project to go out of control. There will always be an opportunity to do some improvements while performing the migration, but if a decision is made to work on them, make sure that all stakeholders understand the impact that these changes may have on the overall migration effort.

VB6 to .NET migration projects should have measurable, deterministic criteria to establish when the project is completed. This will set realistic expectations with stakeholders in the project, and in turn will translate into a more manageable and controllable project.

In Mobilize.Net's experience, using test cases is an ideal medium to validate when the migration is complete. Having a set of test cases will help the project to have very clear goals: to have the migrated application run the same test cases as the original system, and produce the exact same results.

If there is the possibility of using a third party to provide additional resources during the Visual Basic 6.0 to .NET migration effort, then special care should be taken to make sure that the test cases are as detailed as possible, without skipping any functionality of the application. Keep in mind that these additional resources are not experts in the application or its domain, so having detailed instructions will allow them to be productive very quickly, without having to undertake application-specific or domain-specific training.

Several VB6 to .NET migration solutions out there will release you from one legacy environment only to lock you in with a proprietary runtime. Over time, this approach leads to additional costs, namely:

Using a runtime might be an option when there is a significant difference with the target platform. This may speed up the process, and can significantly lower the cost of the VB6 to .NET migration, but if you decide to go with a runtime make sure that it:

This last bullet is especially important, not from a technical but from a business perspective. Being tied down with redistribution royalties may end up affecting potential business models you may want to explore in the future.

The team that is required to achieve a successful VB6 to .NET migration has a mix of skills and roles. The skills for positions such as quality assurance or project management are very similar to the ones required for any other software development effort.

At a high level, the profile of the developers that will be working in the code itself has three main skill sets, in decreasing order of importance:

Using automated migration tools as part of an overall upgrade project methodology is a good way to leverage the current investment in Visual Basic 6.0 applications and move them to the latest technology. Due to the VB6 to .NET migration tools that are available in the market today, like Mobilize.Net's Visual Basic Upgrade Companion, this has become a very viable proposition, especially given the fact that Visual Basic 6.0 is not supported by Microsoft.

A Migration Project presents some challenges that are not common in other types of software development efforts. With more than twenty years executing successful Visual Basic 6.0 to .NET conversion projects, Mobilize.Net has developed a proven software migration methodology, and the tips presented in this document are based on the experience accumulated over these years, having proved their value over and over again.

What not to do in a VBUC migration project?

Having a tool like the VBUC, compiling VB6 code and a source environment set is not all that is needed to ensure success in a migration project from VB6 code to .NET. This entry will describe a list of things that SHOULD NOT be done during the project.

The green-code is the direct output generated by the VBUC tool after converting the VB6 code to .NET without any manual change.

If the code to be migrated consists of different VB6 projects, then, configure a single Upgrade Solution that includes all projects required to be migrated. In this way you will make sure to select the same Upgrade Options for the entire code.

Avoid performing different migrations for different portions of the source code. If you still need to do that, make sure the same Upgrade Options are used in every migration.

Important: The green code should be consistent. If you fail to have a consistent green code this will increase the effort needed to stabilize the code which implied more costs (more time and more money).

Avoid making more changes to the application before getting the converted code to functional equivalence (FE).

After converting the source code, manual changes may be needed to get a functional equivalent application. Debugging both applications (the original and the migrated) side-by-side makes it easy to diagnose problems.

Making changes before FE introduces risks and reduces the chances of success.

Once your converted application has reached functional equivalence it will be a better time to start thinking about major changes.

If there is still a need to introduce some changes or re-architecture then:

And again, do not restructure the migrated code or add new features until the migrated application is debugged.

In most of migrated projects manual effort is needed to get the code to functional equivalence. Make sure to follow some rules before modifying the code:

The above questions require the person to introduce changes to have great abstraction capabilities.

When the above rules are not accomplished, different errors can be committed to the code.

Before starting a migration project, read and understand the Mobilize migration methodology is a key part of the project. Make sure to follow the suggested steps and avoid start making manual changes in your migrated code without understanding how and why the .NET code was generated. 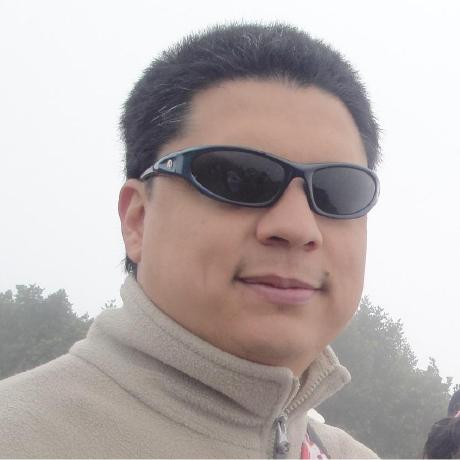 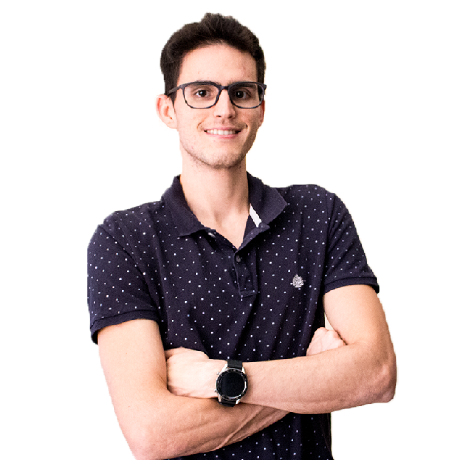 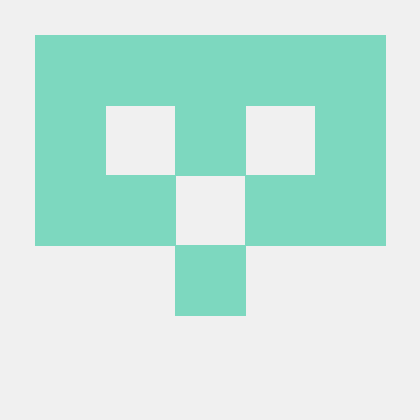